it’s not so bad out, if you are wearing wool..

business first…if you are waiting for an order from me, be assured it will go out first of the week. there is just simply no way that my tools can operate in temperatures below 18. even if they could, our roads are treacherous with ice and snow and I could not go out to the post office, early next week I will be all caught up with shipments.

Ok, back to the subject at hand…cold. 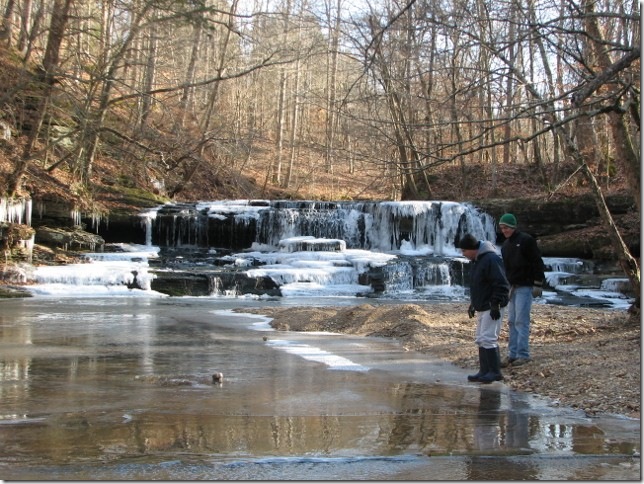 Notice the stance on these two? the sort of hunched over, “gee I am cold, but this is cool” sort of body language?

That is because they are wearing “fake” hats, people in my own family not wearing hand knit hats…blaspheme!

Anyway, If they were wearing a hat like mine (which you will not see a photo of me in, because I am taking these pictures, and no one ever thinks to photograph me, thank goodness.)
Anyway, if they were wearing wool…they would be much warmer.

Wool socks! wool hats! wherever you wear it, wool rocks! 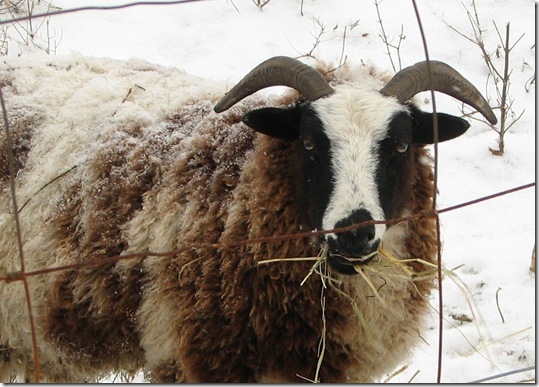 Rosemary here is demonstrating how warm and toasty she looks this morning at 9 degrees. 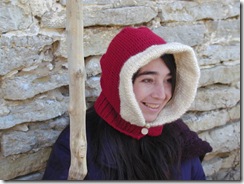 Ok, Back to the hat, this wind bonnet with the fold forward brim is the warmest hat I have ever worn, my wool version of it is all ratty and hay encrusted and not worthy of a photograph, but here is a picture of the original pattern, worn by my friend Lucinda on her farm in Indiana. It is a machine knit wind bonnet, that appeared in “Mid Gauge Hats on CD” but I have revised it and have re-released it as a pdf on my website. (yay for me, it is the little computer tasks, like figuring out how to get digital downloads in shopping carts that really slow me down

Anyway, Lucinda’s version is in woolease, which is, of course, not all wool, but it is better than all acrylic, and still quite warm! 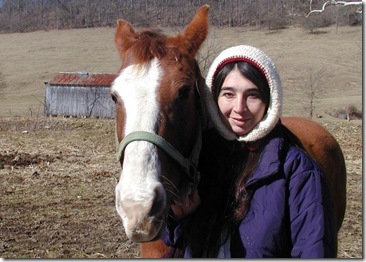